Please see our new paper on the tropospheric response to extreme events in the stratosphere, just submitted to the Journal of Climate. Update: this paper was accepted for publication in January 2020! 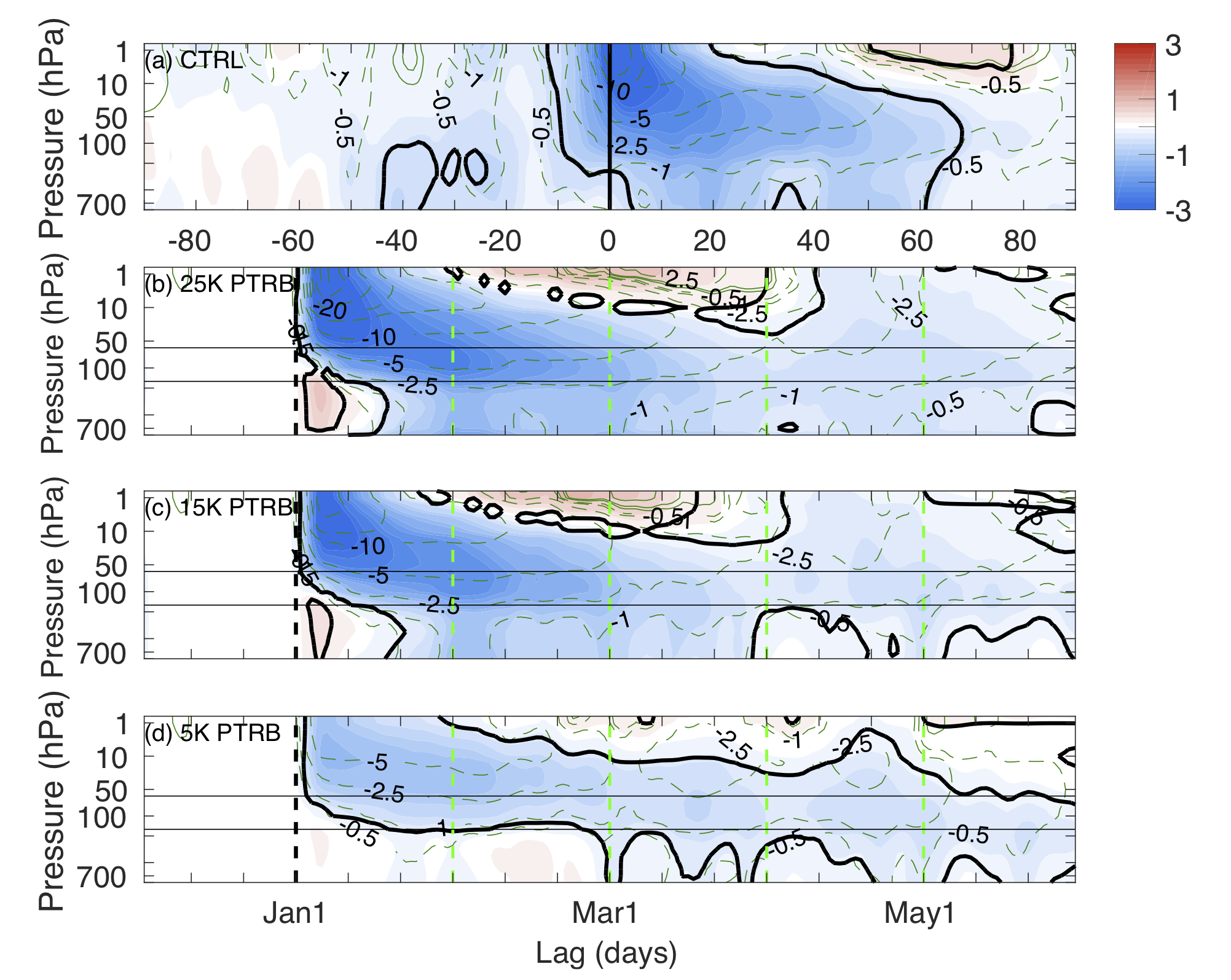 This study, lead by Ian White, looks at the long term tropospheric response to Sudden Stratospheric Warming events, abrupt disruptions of the winter stratosphere. We compare naturally occuring events to events “triggered” by a warming perturbation to the stratosphere. It’s as if we detonated a thermal explosion in the polar stratospheric vortex, one that deposited a great deal of heat (but otherwise caused no harm!) We find that after the first couple weeks, the tropospheric response to triggered warming events is essentially the same as that to naturally occuring event.