Check out our new paper exploring the origin of tracer transport biases in atmospheric models, just submitted to the Journal of the Atmospheric Sciences. 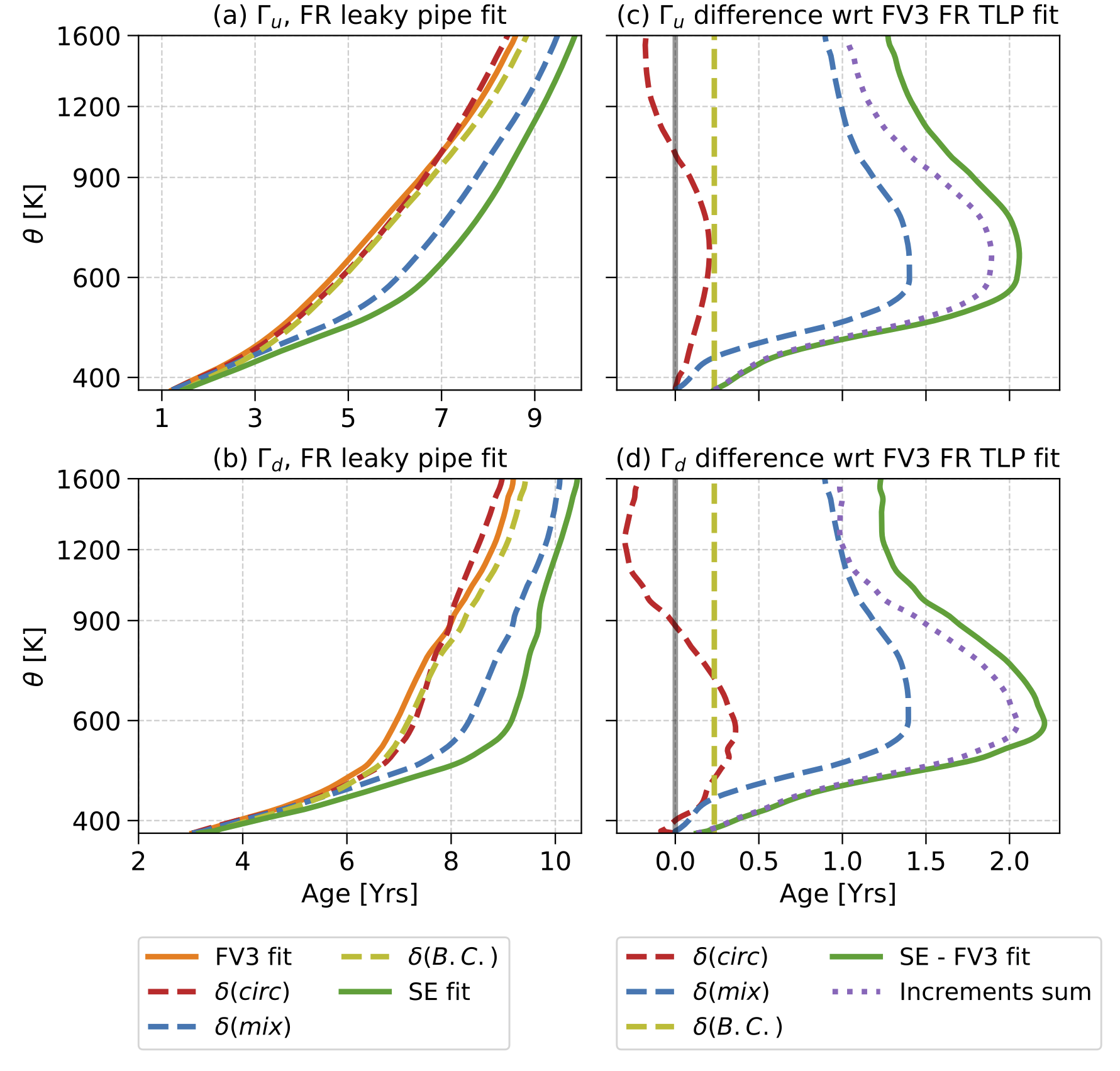 What is that complicated figure? Read the paper!

More seriously, this paper was led by Aman Gupta, and is joint work with Alan Plumb and Peter Laurizten. It builds on Aman’s earlier paper, which proposed an intercomparison test for atmospheric dynamical cores that specifically allowed us to assess trace gas transport. Here, we take a process oriented approach to untangling the differences between two modern dynamic cores (the numerical, 3-D atmospheric flow solvers that form the “guts” of an atmospheric model).

The figure shows that differences in the mixing of air between the tropics and midlatitudes causes the divergence between NCAR’s spectral element dynamic core and GFDL’s finite volume core. This change in mixing was driven by differences in their representation of the tropical stratosphere.