While Rome and New York receive the same amount of energy from the sun (being situated at the same latitude), the former experiences a much warmer climate, particularly in the winter months. This is due to large variations in the atmospheric flow with longitude, known as “stationary waves”. It has long been known that these variations are generated by differences between land and sea, topography, and variations in sea surface temperatures. But just how do these different components add up to produce our climate?

In The building blocks of Northern Hemisphere wintertime stationary waves, just submitted to the Journal of Climate, we probe the nonlinear interactions that set the zonal structure of our climate. This study was lead by Chaim Garfinkel at Hebrew University Jerusalem, in collaboration with Ian White, Martin Jucker, and Moran Erez. 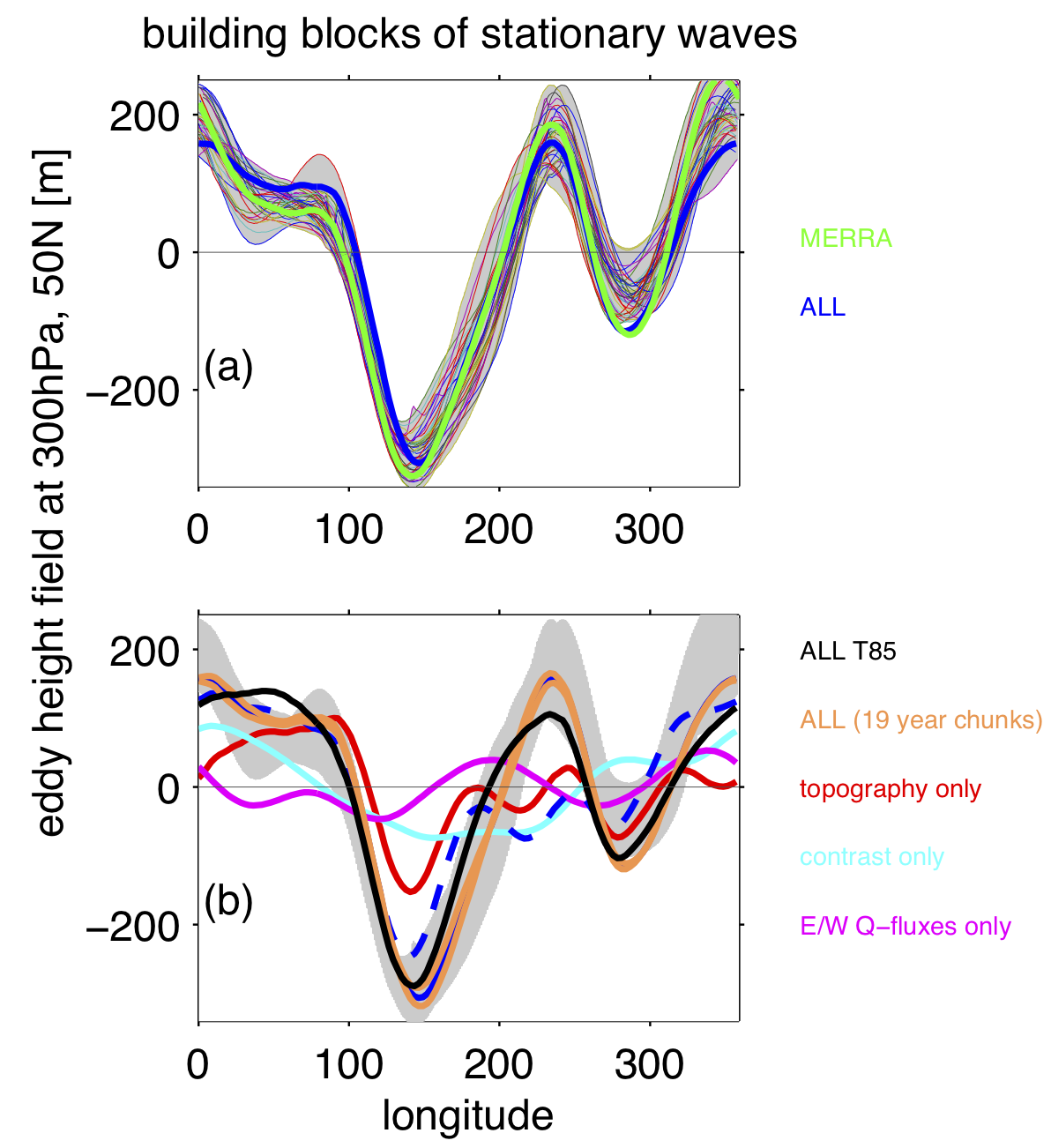